Super Smash Bros for Wii U and 3DS is the fourth installment in the Smash Brothers series published by Nintendo and developed by Sora Ltd. and Bandai Namco Games. The game features characters from many of nintendo's franchises and even some from third party developers such as Sonic and Megaman. The game itself is a fighting game, but it's unlike most fighting games. You can have 2, 4, or even 8 player matches. The main goal of each match is to knock the other player(s) out of the playing field. They can do this by dealing damage to their opponents which increases the opponent's damage percenatge. The higher the percentage, the farther the player/opponent will go when they are knocked back by an attack. Items such as hammers, pokeballs, and barrels can help deal damage to opponents but certain items such as food can also decrease your damage percentage. Game rules can be changed in the menu, but usually the winner is decided by how many KO's earned or the last one who remains on the battlefield. The game has many new features that other installments didn't have such as making your own mii fight or having 8 player matches. The game is a balance that both casual and even competitive players can enjoy. However, competitive players may be dissappointed as this game isn't as competitive or fast pace as Melee, but it's still faster than Brawl so they may like this installment a little bit more. The game is also much more colorful than any of the previous installments. It's also friendly for newcomers to get into the series. There are many more characters in the roster than ever before with returing favorites such as Pikachu, Shiek, and Fox, newcomers such as Little Mac, Rosalina, and Greninja, and even characters you would never expect such as Villager, Wii Fit Trainer, and Duck Hunt. There's even downloadable characters for this game which includes Ryu from Street Fighter and Cloud from Final Fantasy 7. Even though some of the characters are clones of others, there are many characters you can choose to play as. Overall, Smash Bros is better than it ever was in 1999. If your new to the series, Smash Bros for Wii U/3DS is a great way to start and if you're a long time fan, this game is still great even if the game isn't as competitive as Melee. I would rate this game an 9/10. 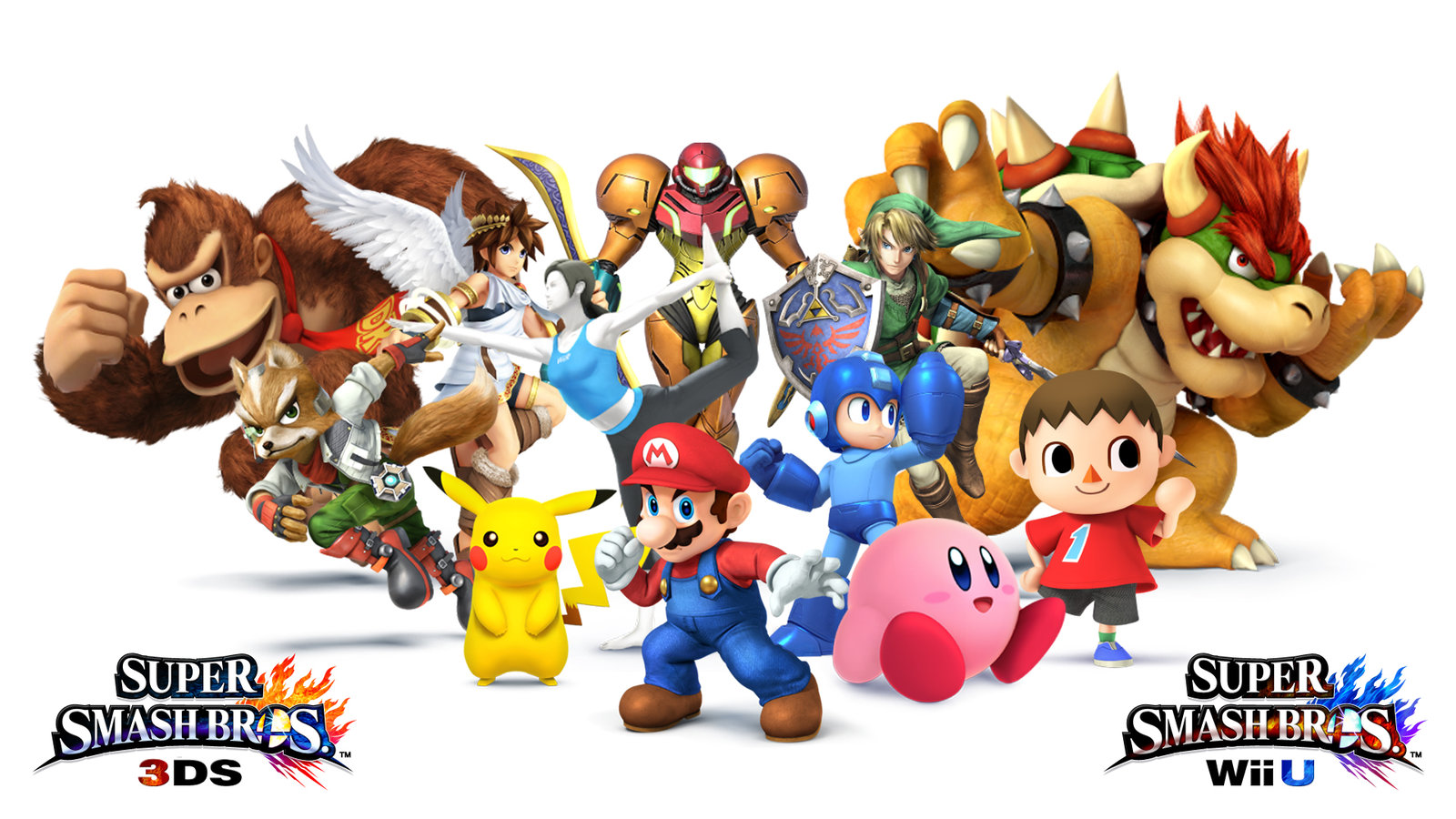 
Pokemon Omega Ruby and Alpha Sapphire are role playing games published by Nintendo and developed by Game Freak. These games are remakes of the orignal pokemon games, Ruby and Sapphire.The goal of most pokemon games is to beat all 8 gym leaders and to become the pokemon champion while trying to take down an evil group of trainers such as Team Rocket(Team Magma or Team Aqua depending on the version you chose). There's also the optional quest to capture every single pokemon and to complete your pokedex. These games are no different. Many features from the last pokemon games, X and Y, were brought back. Some features, however, didn't such as player customization. Many elements from the orignal games have stayed the same such as the gym leaders, however it also added new characters and included an aftergame sidequest called the Delta Episode. While the gameplay itself is the same, these games are much easier than the majority of Pokemon games. For beginners, these games are a great way to get into the series. For players who want a challenge, these games may not be their cup of tea. Overall, I would recommend these games to a lot of pokemon fans. These games are well done remakes of the originals, although I do think these games should have been more challeging especially because majority of the people who will buy these games are fans who played the orignal Ruby and Sapphire. I would a rate these games an 8.5/10. 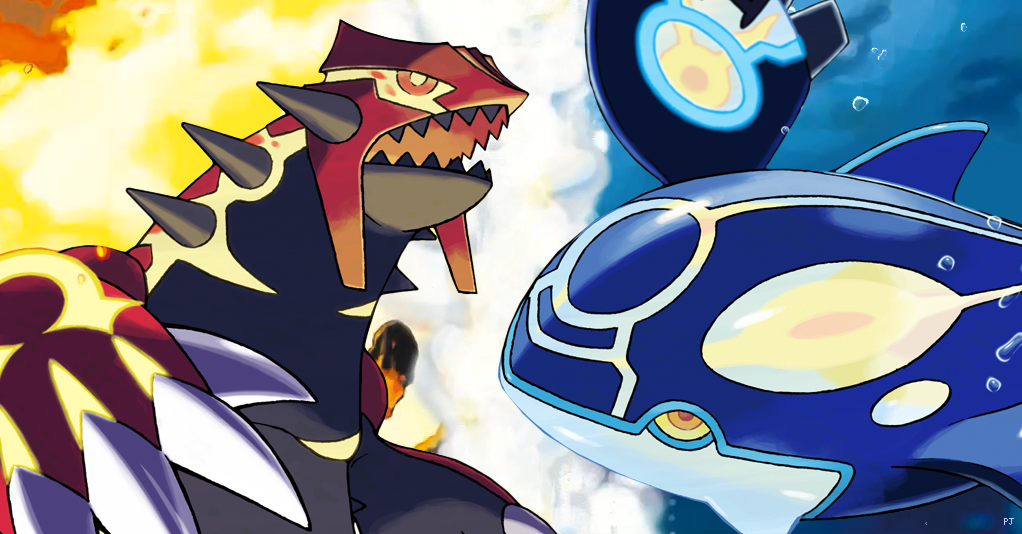 
Earthbound is a role playing game developed by Ape and Hal Laboratory and published by Nintendo. Earthbound was a unique RPG when it came out in 1994. Unlike most RPGs that usually take place either in a medieval or futuristic setting, the game takes place in a modern day setting. The story is that Ness, an average boy with PSI, woke up one night when a meteor crashed land on his hometown, Onett. He was told that Giygas, an evil alien, turned the inhabitants of Eagleland into hostile creatures. Ness must save his world from Giygas by collecting the eight melodies that are found in each sanctuary location. His task can't be done alone so he teams up with three kids he met on his journey. His friends are Paula, a girl who also has PSI, Jeff, an inventor, and Poo, a martial artist. This game is a sequel to Earthbound Beginnings, however you don't need to play that game in order to play Earthnbound. The game is played like a traditional RPG. The difference from most RPG's is that you don't randomly encounter enemies. Instead, enemies are encountered onscreen by making direct contact with them. The game itself has a sense of humor as the game usually does not take itself too seriously. The game is more comedic than the majority of RPGs. The story itself is pretty simple so it does not have much of a complex story compared to many other games of its genre so if you are looking for a good story, this game is not for you. The game itself is very wacky with its enemies such as the New Age Retro Hippie and other side characters such as the Mr. Saturns and Apple Kid. The game may not have an amazing story, but it is still fun to play and you would have fun time meeting with all of Earthbound's wacky characters. I also forgot to mention that the soundtrack is great and very memorable. I would rate this game an 8/10. 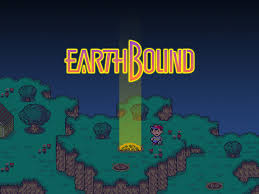